mai 25, 2011
In the last post I mentionned my first two attempts at costuming: a classic Princess Leia, and Dorothy from the Wizard of OZ.

Can't really remember how it came about, but at one point when I was 15 or 16 I decided I'd make a Princess Leia costume. I was a big Star Wars fan back then (I've calmed down since), and more importantly, I had no sewing skills whatsoever. I knew there was an old sewing machine in the basement, so I took it out of it's box and asked my grandmother how it worked. I did a bit of research and came up with a pattern from the internet. The fabric I chose was not ideal, it's some kind of heavy satin. I should have chosen something lighter and stretchier like jersey. But anyway. The tunic itself came out okay, but with a few flaws, but the belt is nice. I got some kind of  grey faux-leather, which I covered with the wrong side of the satin. For the metal things, I cut out the pieces in the grey leather, painted them with silver miniature model paint, and once it was dry I used some kind of transparent varnish and glued everything on the belt with fabric glue.

I never got the opportunity to wear this costume, and lost the only picture of me in it but my sister borrowed it from me for a party last Halloween, and I got  to take a few pictures 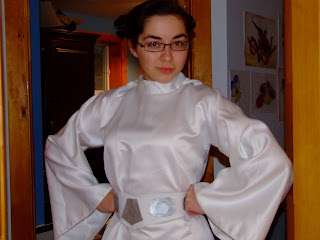 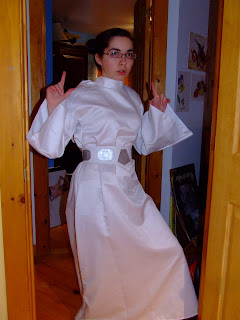 As for the Dorothy costume, it's the one tha really gave me a taste for sewing and costume making. I'm a big Judy Garland fan, and not very long after the Princess Leia costume, decided I'd try to make a Dorothy costume, just for fun. I used the ''Wizard of Oz'' Simplicity pattern for this one. 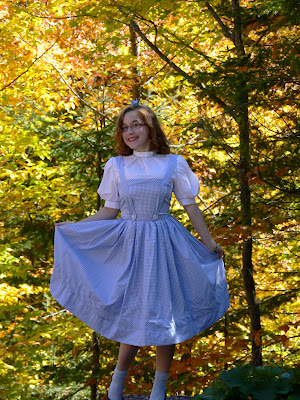 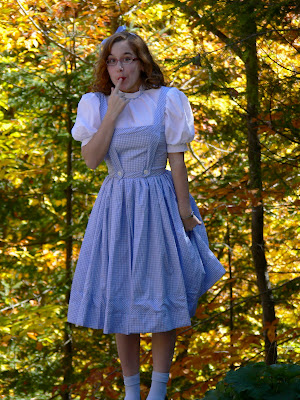 And while I'm at it, here's another one of the costumes I whipped up 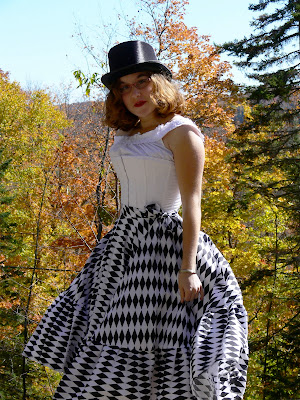 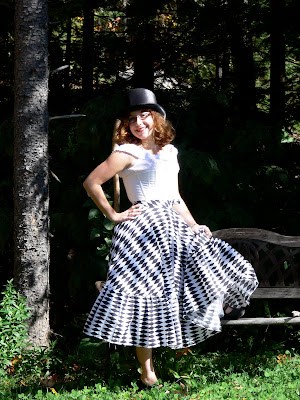 This one wasn't really intended as a whole in the beginning. I made all the parts separately for different reasons (camisole, corset, petticoat and full circle skirt) While looking for a costume for a party, I put them all together and had the idea to add a top hat. I think it looks like some kind of victorian cabaret dancer.
costumes fantasy Judy Garland 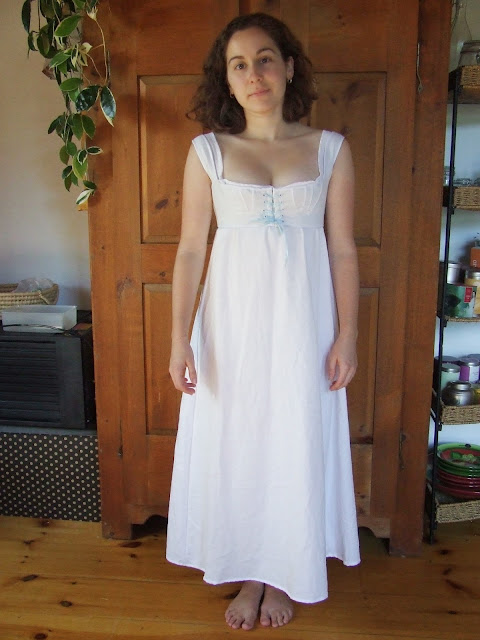 The ABC's of Regency Costuming: How to Achieve the Proper Look

Hi! I wrote this article as a guest-blogger for my friend's blog Laughing With Lizzie. Thought I would share it here too! My favorite part of being a Janeite and going to Regency events is of course the costuming. And I must admit I have trouble watching modernized adaptations of Jane's work because to me they are not the same without the amazing fashions of the late 18th/early 19th century. In this blog post, I'm going to explore how to get the perfect Regency look, the different styles,  and some tips on where/how to get the pieces made. First of all, as for every other era, the best way to achieve the perfect silhouette it to have the right undergarments. A good shift/chemise, and a pair of stays will work wonders even with the plainest of gowns. My own undergarments are a simple set of short stays (they're the easiest ''corset'' you'll ever make, and the most comfortable) and a simple shift. I made my stays and shift from the 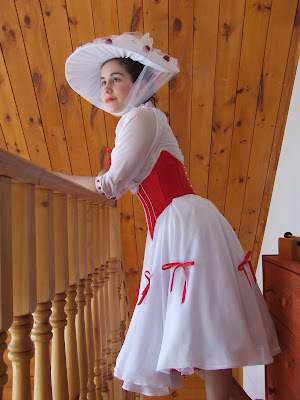 It's a Jolly Holiday with Mary...

Hi There! My Mary Poppins costume is finished at last (okay, except for a few touch ups I still need to do) but here are some photos!! I'll be taking some awesome ones in Disney World, but for now these will do! I made the hat with buckram and wire, covered it with poplin, then chiffon, then tulle and finally feathers and little apples. It's not exactly like the real one, but I made it with what I already had and I only had to buy the tulle. The apples were taken from an old Christmas ornament. I used a victorian corset pattern for the corset (Simplicity I think, or McCalls) and just cut it to the desired shape afterwards. I used some kind of sturdy cotton/denim for the under layer, and vietnamese silk for the red part. The rest of the costume is mostly chiffon. And I haven't taken a picture, but the pettiskirt underneath has one red layer, so if I move you see a fun swirl of red and white! Have a nice day!! UPDATE (2014) : I modified my costume 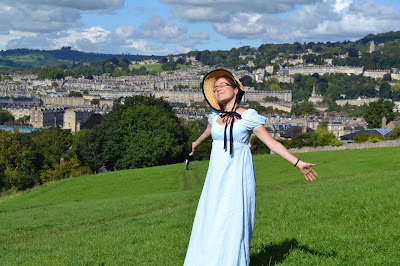 Want to keep following me?

Hi! I have not posted here in ages, but I thought I'd make a quick update to say I am now using Instagram to share my costuming adventures. You can find me on instagram as @time.travelling.laurie Have a nice day!